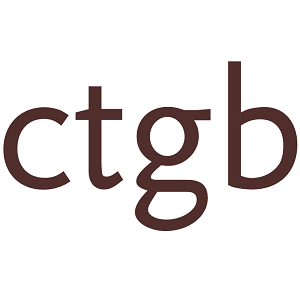 From legacy to modern system while maintaining reliable service

The task of the Board for the Authorization of Plant Protection Products and Biocides (CTGB) is to assess whether plant protection products and biocidal products are safe for humans, animals and the environment in accordance with International agreements and criteria laid down in legislation.

MST (Middelen Stoffen Toepassingen) is the core business application of CTGB, the Dutch governmental agency responsible for the authorization of plant protection products and biocides. MST manages the whole process for assessing whether plant protection products and biocidal products are safe for humans, animals and the environment. The public face of MST is the official pesticide register of the Netherlands which offers extensive information about and search capabilities of authorized pesticides.

The existing MST system was built on an older technology stack that was not supported anymore and made it impossible to implement a number of crucial improvements and new capabilities: enable a modern web interface, offer data via a public API, integrate functionality that would allow shutting down another legacy system, being able to automate a large number of manual steps, have an audit log due to legal requirements and provide the system through Single Sign On. The organizational challenge was that CTGB had no prior experience within-house software development, maintenance and operations.

Urs Peter, lead engineer at Xebia: “We started with a room and a Wi-Fi connection. At the time CTGB did not have technical staff such as analysts, product owners or maintainers, no preference for a technical platform, and no experience with Scrum. Right from the beginning it was clear that technology was only one of the aspects we had to deal with. To successfully complete this project we would have to take a complete approach, including process, organization and training.”

Introduction of Agile and DevOps

Pro-active clarification of requirements. The initial challenge was to train and coach people in the agile way of working while at the same time filling the backlog and - last but not least - deliver working software. Gathering requirements and creating a product backlog was challenging, since domain knowledge was scattered across the employees of CTGB.

“It was impressive to see how the Xebians proactively and pleasantly got in touch with the organization to distill the right information needed for development. We were used to suppliers that demanded clear requirements before doing anything. Xebia did this the other way around, which I experienced as a distinctive quality”. Ivonne Geerenstein-Klarenbeek, MST projectmanager at CTGB

Xebia and CTGB worked together to enable a well functioning agile and autonomous team. Urs Peter: “The combination of Agile and autonomy truly allowed us to focus on business features”. They created an all-round team uniting all knowledge, skills, and experience. The development team not only developed the software but also fully managed the runtime platform. The team embraced infrastructure as code, making tasks like provisioning or upgrading libraries simple, fast and error-free.

Urs Peter: “Whenever we developed something new, it was tested automatically. If the test was successful, the software would be automatically deployed, even on production. This approach made repetitive tasks obsolete and we continuously guaranteed high quality.”

Xebia’s renowned experience with agile allowed the team to establish agile, development and requirements processes within a short period of time, which led the team to work predictably from Sprint three onwards.

Xebia’s professional approach impressed the management team of CTGB, who were looking for a better way to manage and balance their internal work processes. The team gave an introduction to Scrum and the core values it is founded on.

The management team asked Xebia to help them incorporate an agile way of working. Urs Peter: “In the following months Scrum boards filled with stickies started to pop up in various departments. I was happy to see that we had also made a positive contribution to the organization’s effectiveness outside our direct project environment.”

Geerenstein- Klarenbeek: “We are very grateful that Xebia helped us to reach our next level from an organizational point of view. It was another proof of Xebia’s exceptional involvement.”

Intensive relationships with suppliers MST connects with various other applications, which all needed to be adjusted accordingly

“Since the success of the product depended on other systems, it was obvious to us that a good relationship with the owning suppliers would be a key success factor. To achieve a productive relationship, we took time to get to know each other personally and made sure that developers of the other suppliers worked together. We organized workshops with the supplier’s lead engineers to brainstorm and define the target architecture together. The resulting solutions were truly ‘the best of breed’, because both parties could bring in their knowledge and concerns during design, the solutions were implemented very quickly and worked flawlessly right away. ” Peter Petit, lead engineer at Xebia

"Xebia fully lived up to their promise and delivered a flawlessly working product from a functional and technological point of view. They provided a sound basis for our business for the years to come. "

When Xebia was asked to rebuild the file based approach for moving information out of the legacy database to the public website, they advised to build an API instead. This API could not only be consumed by the public website but also by other parties that were interested in the information CTGB exposes.

Urs Peter: “In governmental environment API’s are not very common yet. Choosing to offer an API was a smashing success: the industry was very grateful that CTGB’s information finally got so easily accessible. Other governmental agencies praised the step CTGB made.”

To build an API that truly fulfills the need of its consumers the team organized several developer days for external parties who could try-out the API and provide feedback. Their feedback significantly shaped the evolution of the API, which finally reached a stage where consumers get the information they need in the form they like.

Due to constraints MST had to run outside CTGB’s intranet. Such a decision automatically leads to security concerns: how to secure access properly while maintaining a single-sign-on (SSO) user experience across all applications, no matter whether they are inside or outside the intranet.

Urs Peter: “Building a security solution by ourselves would have been time consuming while not contributing to the core business value of the product. Consequently, we advised a cloud based authentication and authorization provider. We did several proof of concepts to find the best solution for our requirements. By now, all intranet applications have been adjusted to authenticate with the chosen provider, giving the user a seamless single-sign-on experience he/she did have before. Another advantage is flexibility: "Since cloud-based authentication is a prerequisite for a decentralized application platform, CTGB has now the choice to host their applications in the cloud.”

What are Urs Peter’s lessons learned from developing MST? “Making great software end users love and that really facilitates their needs is a quest that involves much more than only technology. You need a great deal of empathy to understand the user’s needs, the business they’re in, the company’s ambitions and (technological) trends. We organized workshops with various stakeholders, continuously validated assumptions and solutions with end-users, and offered proposals about possibilities we thought were useful. This approach goes far beyond just doing what a product owner says and just processing some feedback at the end of a Sprint demo. It’s about the intention to shape the product together with the client. This project reinforced my conviction of the distinctive contribution you can make by actively engaging and teaming up with the client.”

Before the MST project, CTGB had negative experiences with IT service providers using the traditional waterfall method, so they were open to an agile approach. Xebia’s high technical expertise, a solid track record with agile software development and a pragmatic no-nonsense attitude were the main reasons Xebia was chosen.

“Xebia fully lived up to their promise and delivered a flawlessly working product from a functional and technological point of view. They provided a sound basis for our business for the years to come. One of Xebia’s qualities is their ability to figure out and translate our functional needs into a concrete product. This combined with their pragmatic attitude to get the product adopted in the organization is outstanding. In this complex process Xebia seeks cooperation and collaboration with all involved parties and pleasantly take leadership where needed to make it a success. Xebia’s professionals are highly skilled in their field from a technological and consultancy point of view. During the whole project all technological aspects were simply not my concern. They were all taken care of by Xebia’s engineers and, where needed for business decisions, translated in an understandable manner. Working with Xebia feels like a partnership. Creating results that make a difference- together.”

Xebia enables you to build top quality software that truly has an impact. Great software doesn’t just meet, but exceeds expectations of your increasingly critical users. It’s scalable, easy to maintain and quick to adapt to leverage new opportunities. With over 15 years of experience and well over 100 of the best engineers and consultants in the field of cutting-edge software development, Xebia is your logical partner to achieve this.